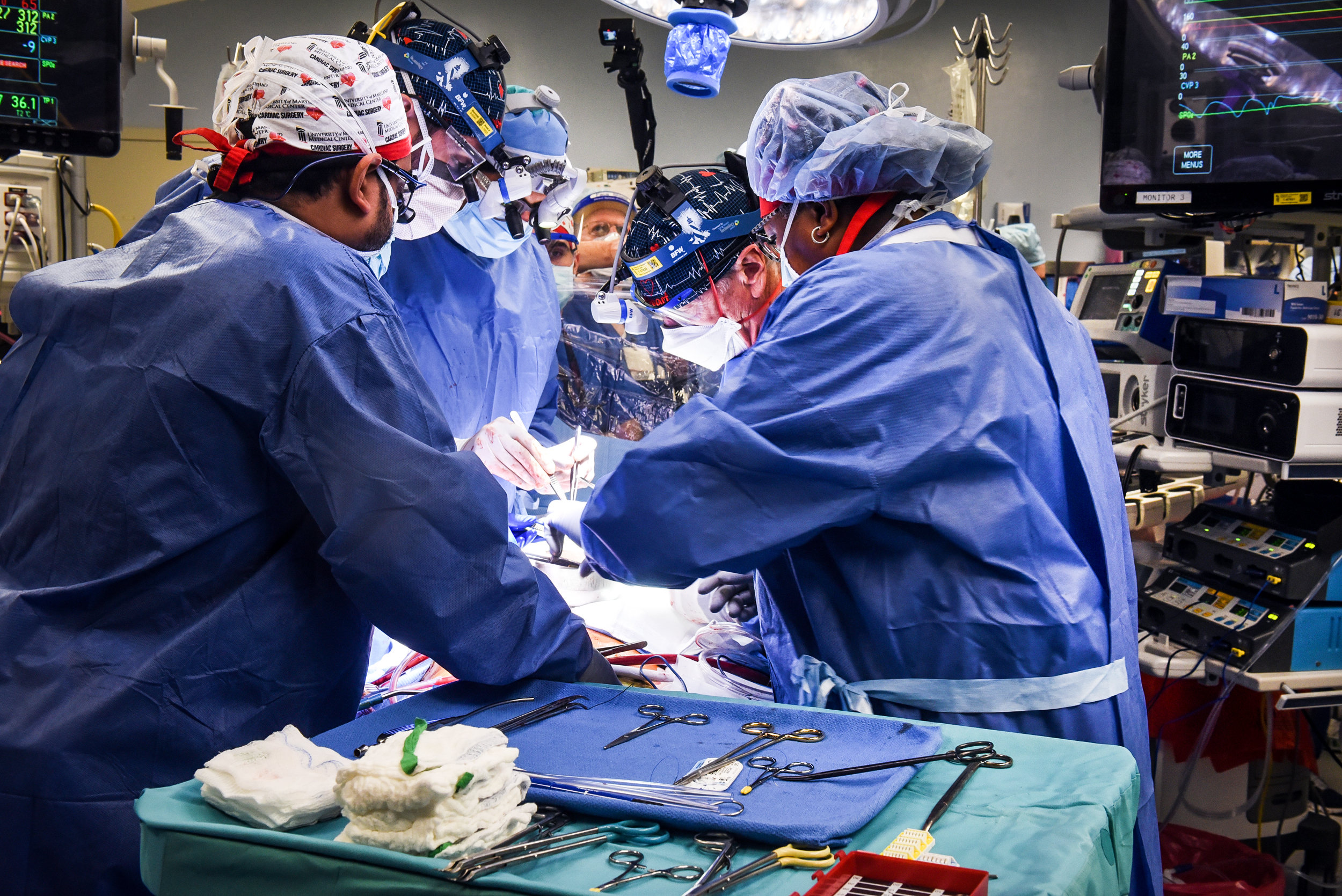 A man is doing well after the first successful transplant of a pig heart into a human body, possibly opening a new path for those facing an overburdened donor system, according to the University of Maryland.

The Food and Drug Administration on New Year’s Eve gave emergency authorization for David Bennett, 57, to receive a genetically modified pig heart, the University of Maryland Medical Center said. Bennett, who had been deemed ineligible for a conventional heart transplant, had been hospitalized for six weeks with a life-threatening arrhythmia and was connected to a heart-lung bypass machine.

Dr. Bartley Griffith, the operating physician, on Monday described the transplant as a “breakthrough surgery.”

“There are simply not enough donor human hearts available to meet the long list of potential recipients,” Griffith said in a statement. “We are proceeding cautiously, but we are also optimistic that this first-in-the-world surgery will provide an important new option for patients in the future.”

Bennett will continue to be monitored in the coming weeks but has appeared to be doing fine in the three days since surgery.

“It was either die or do this transplant,” he said prior to surgery, according to the hospital. “I want to live.”

Pig and cow tissues have been used successfully for valve replacements, according to Harvard University Medical School. Those valves typically last about 15 years and don’t require the use of anti-clotting drugs as opposed to a mechanical valve, which can last the rest of a person’s life.

Xenotransplants, the term used for transplants from a nonhuman species to a human, have been researched as the demand for organ replacement increases. According to the FDA, 10 patients die per day while awaiting a donated organ.

Officer attacked at transit station near Pentagon, leads to lockdown and...