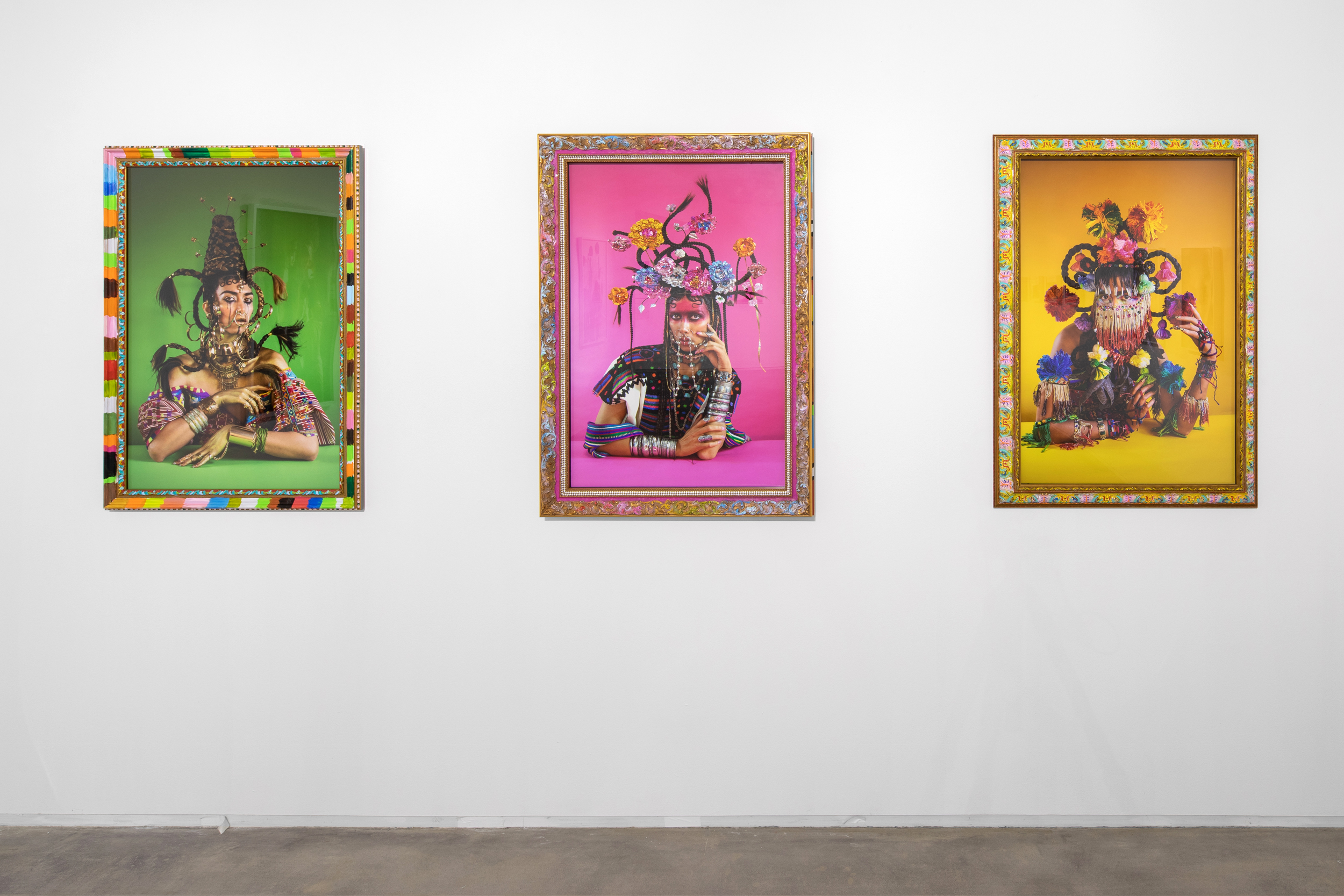 As a cautious world continues to reopen and a sense of normalcy begins to return to its art museums, a lively summer lineup of no-holds-barred exhibitions by and about queer artists is helping ensure that the imbalances exposed by the pandemic remain center stage, and that the urgency surrounding them isn’t lost. Highlighting themes such as activism, racism, ageism, ableism, innovation and intimacy, these shows help envision a future informed by past progress, but still mindful of present challenges and unafraid to keep evolving.

Organized last year to honor the 100th birthday of Touko Laaksonen (better known to the world as Tom of Finland) by Fotografiska Stockholm and the Tom of Finland Foundation, this studly show reveals his work process through the photographic portraits that served as source material for many of his famed homoerotic drawings. Through Aug. 20

Intimacy is one of queer art’s enduring central themes, and here it’s granted an entire exhibition dedicated to showcasing some of the many ways — in both theme and format — that queer intimacy is portrayed in contemporary art. The show includes more than 30 pieces from iconic global queer artists such as AA Bronson, Annie Liebovitz, Slava Mogutin and Zanele Muholi. Through Aug. 30

Groundbreaking queer performance artist Ron Athey finally gets his due in this survey of his work and career, in which his highly visceral performances and transformative use of his own body as a site of trauma, resistance, sexuality and religious ecstasy earned him a spot center stage in the 1990s culture wars — and has strongly influenced a generation of both artists and viewers ever since. Through Sept. 5

In his vivid, dreamlike paintings that have been likened to the works of Titian, Gauguin and Manet, Kenyan-born Michael Armitage challenges cultural assumptions and explores themes such as sexuality and civil unrest, bringing unsettling beauty to otherwise ugly situations. A Royal Academy graduate, Armitage returns to his alma mater here with 15 large-scale paintings from the past six years. Through Sept. 19

The career and broad impact of innovative Austrian-born fashion pioneer Rudi Gernreich — who created legendary body-positive pieces such as the monokini and the thong, and who was also the 1950s partner of seminal gay rights activist Harry Hay — are explored in this collection of more than 80 ensembles, alongside original sketches, personal papers, photographs and newly filmed oral histories, as assembled by L.A.’s Skirball Cultural Center. Through Sept. 26

The formative first 15 years in the creative journey of renowned multimedia artist Shahzia Sikander are celebrated in this beautiful show, which follows her path from pioneering deconstructor of traditional manuscript painting in her native Pakistan, to art student in Providence, Rhode Island, and Houston, to young artist in New York, a period during which she delved into the themes — including gender, sexuality, race, class and culture — that still shape her work today. Through Sept. 26

The magical queer community that flourished on Fire Island’s Cherry Grove in the 1950s is showcased in this free (but timed-entry ticketed) outdoor exhibition in the New-York Historical Society’s rear courtyard, comprising some 70 enlarged photographs and additional ephemera from the Cherry Grove Archives Collection. The museum, New York’s oldest, announced last week that it would expand to include the American LGBTQ+ Museum by its 200th birthday in 2024. Through Oct. 11

Brooklyn-born video artist Gregg Bordowitz began merging his work and his AIDS activism in the mid-1980s, documenting the many protests he took part in as a member of the AIDS Coalition to Unleash Power, or ACT UP, and creating video portraits of himself and others living with HIV and AIDS. This first comprehensive overview of his influential career also includes his more recent work, which explores the nexus of his religious, sexual, political and cultural identities. Through Oct. 11

In the first section of this powerful two-part exhibition, Tennessee-born and Harlem-based artist Wardell Milan uses new works on paper to explore the subtle normalization of white supremacy and racial violence in America. The show’s second portion uses a site-specific structure — along with performances choreographed by Zachary Tye Richardson and sculptures designed by Billy Ray Morgan — to explore the concept of “safe space” for marginalized communities. Through Oct. 24

This microsurvey of the work of chameleonesque visual and performance artist Martine Gutierrez showcases her cheeky deconstructivism of glitzy conventions such as fashion and advertising to explore themes around gender, race and identity, as often inspired by ancient Aztec and Mayan cultures and their deities embodying duality and gender fluidity. Through Oct. 24

In this queerified and age-embracing homage to classic 1950s and ‘60s Scopitone film reels — a precursor to music videos that played inside special jukeboxes in cocktail lounges nationwide, and glorified young cisgender white male-dominated culture — Samantha Nye recreates the old film shorts shot-for-shot with queer elder actors, discarding ageist and ableist definitions of sexuality and eroticism, and expanding our vision of love, sex, agency and belonging. Through Oct. 31

The hauntingly gorgeous works of New York-based artist Jennifer Packer, appearing here in a first West Coast museum showcase, include intimate portraits of her family and friends that play with the viewer’s sense of dimension and perception. Packer’s works, which also include politically charged still lifes, recast classic conventions in contemporary light to imbue them with new meaning. Through Feb. 21, 2022

Not unlike the Schwules Museum’s “Intimacy” exhibition, this group show explores the power and significance of intimate relationships in queer art, and features more than 30 pieces (including several new acquisitions for the museum’s permanent collection) from artists such a Salman Toor, Nicole Eisenman, Wolfgang Tillmans, Catherine Opie and Paul Cadmus.  July 17 — March 13, 2022

Michigan-bred and now Miami-based Robert Andy Coombs’ photographs document his own experiences at the rarely highlighted intersection of sexuality and disability, challenging ableist preconceptions and inviting the viewer along for a narrative that’s at turns tender, playful, sensual and revealing. Aug. 14 — Nov. 6

New dinosaur species found in Australia was as long as a...