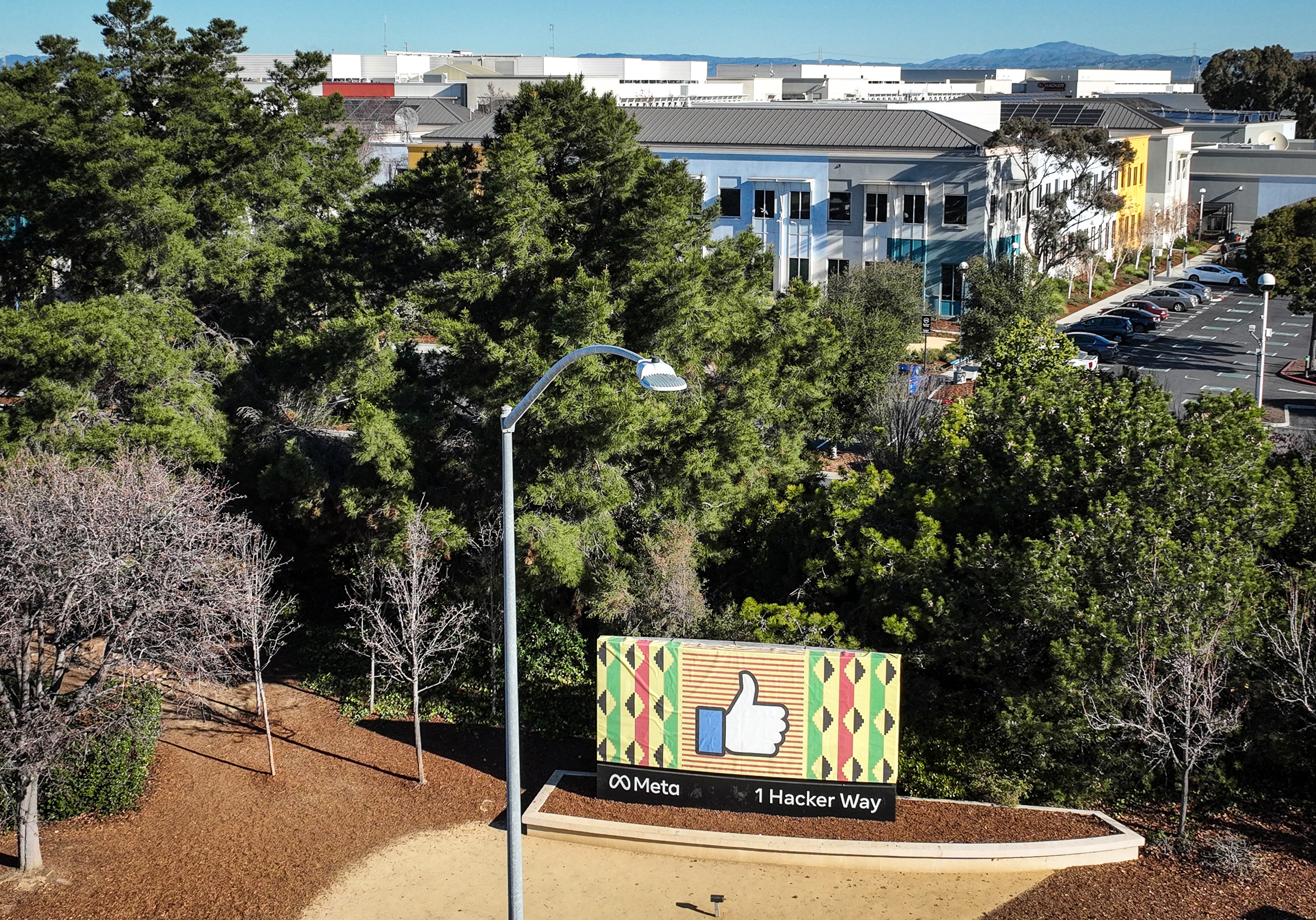 In its fourth-quarter earnings report, parent company Meta revealed a major revenue shortfall, missing Wall Street expectations amid challenges spurred by its multibillion-dollar investment in its augmented reality “metaverse,” setting off a wave of stock-price volatility Thursday. Markets closed with Facebook down 26 percent, having shed roughly $230 billion from its market value — the biggest-ever one-day loss for a U.S. company.

The decline swept about $30 billion off of CEO Mark Zuckerberg’s net worth early Friday.

Meta is still a juggernaut. The Menlo Park, California, company said it generated a profit of $10.3 billion in the final three months of 2021, but that is down 8 percent from the same period in 2020 and below what Wall Street analysts had expected.

In a statement Wednesday, Zuckerberg cited several challenges its flagship app is facing — chief among them “a shift to short-term video,” a space Facebook occupies alongside Snapchat, TikTok and other video-based platforms.

Snap’s earnings results for the last three months of 2021 stand in sharp contrast to Facebook’s. The company reported its first quarterly profit and an increase in its full-year revenue to $4.1 billion. Shares of Snap climbed 63 percent Friday on the news.

“They have a perfect storm of all their challenges coming together at the same time,” said Karen North, a professor of digital and social media at the University of Southern California.

For at least a decade, the story of Facebook has been one of seemingly infinite and unstoppable growth. That narrative hit a speed bump this week with the company’s announcement that its flagship app lost about a million users worldwide in the final quarter of 2021.

Meta did, however, add users to its collective suite of apps, including WhatsApp and Instagram, with total users now at 3.6 billion, an increase of 9 percent over the same quarter in 2020.

Still, the decline in Facebook users says a lot about the power of choice and hints at the fallibility of a social media platform that has been ubiquitous in internet culture for nearly two decades.

North cited Facebook’s “waning enthusiasm” among certain groups, including teens and young adults, some of whom either left the platform to move to its competitors or never joined in the first place. But there is another wrinkle to that: Facebook as a platform has its strength in connecting families and friends, but it is far from alone in that environment.

“The ability to connect with people inexpensively has grown elsewhere, also. And so Facebook doesn’t really have that as much as it did before,” North said.

Facebook in the past has staved off competitors by way of acquisition. It bought Instagram in 2012 for $1 billion and scooped up WhatsApp two years later for a staggering $19 billion as both companies rapidly expanded their respective user bases. WhatsApp had 450 million users and was growing at a rate of 1 million per day at the time of the Facebook acquisition.

But social media users can be fickle, and Facebook has made some mistakes. Multiple scandals around its treatment of private user data and accusations of being a breeding ground for hate speech and misinformation has, over the years, spurred movements to #DeleteFacebook. Zuckerberg himself has been summoned by Congress to testify about those issues and more.

That says nothing of the simple, magnetic power of new apps that capture the zeitgeist. TikTok emerged in the U.S. in 2017 and by 2018 had outpaced Facebook and several popular video apps in user downloads, according to the digital intelligence firm Sensor Tower. By April 2020, TikTok had been downloaded 2 billion times worldwide, adding 315 million downloads in the first quarter of the year and securing the best quarter for any app, the firm said.

Perhaps the biggest part of the “perfect storm” that North mentioned is the pummeling Facebook has taken as a result of privacy updates Apple has made. Those changes limit the social media network’s ability to deliver targeted ads to iPhones. Meta CFO Dave Wehner said Wednesday the company expects that change to put a $10 billion dent in 2022 ad sales.

“It’s a pretty significant headwind,” Wehner said on an earnings call this week.

North said Meta was hit so hard by Apple’s privacy changes because Facebook is the portal for advertising for so many businesses.

“Facebook helps its customers sell ads — and not just on Facebook,” North said. “Meta’s stature as an ad service for a lot of other businesses and partner platforms took such a big hit because of those changes at Apple. It’s harder to follow users and deliver targeted ads in other places online.”

Just how well Meta weathers the storm remains to be seen. The company has made clear it will remain focused on its longer-term initiatives such as building out its metaverse business and the products that will accompany it. But the broader question is the same: Can Zuckerberg & Co. manage to keep Facebook relevant for the foreseeable future?

How about a sweater with that carton of eggs?