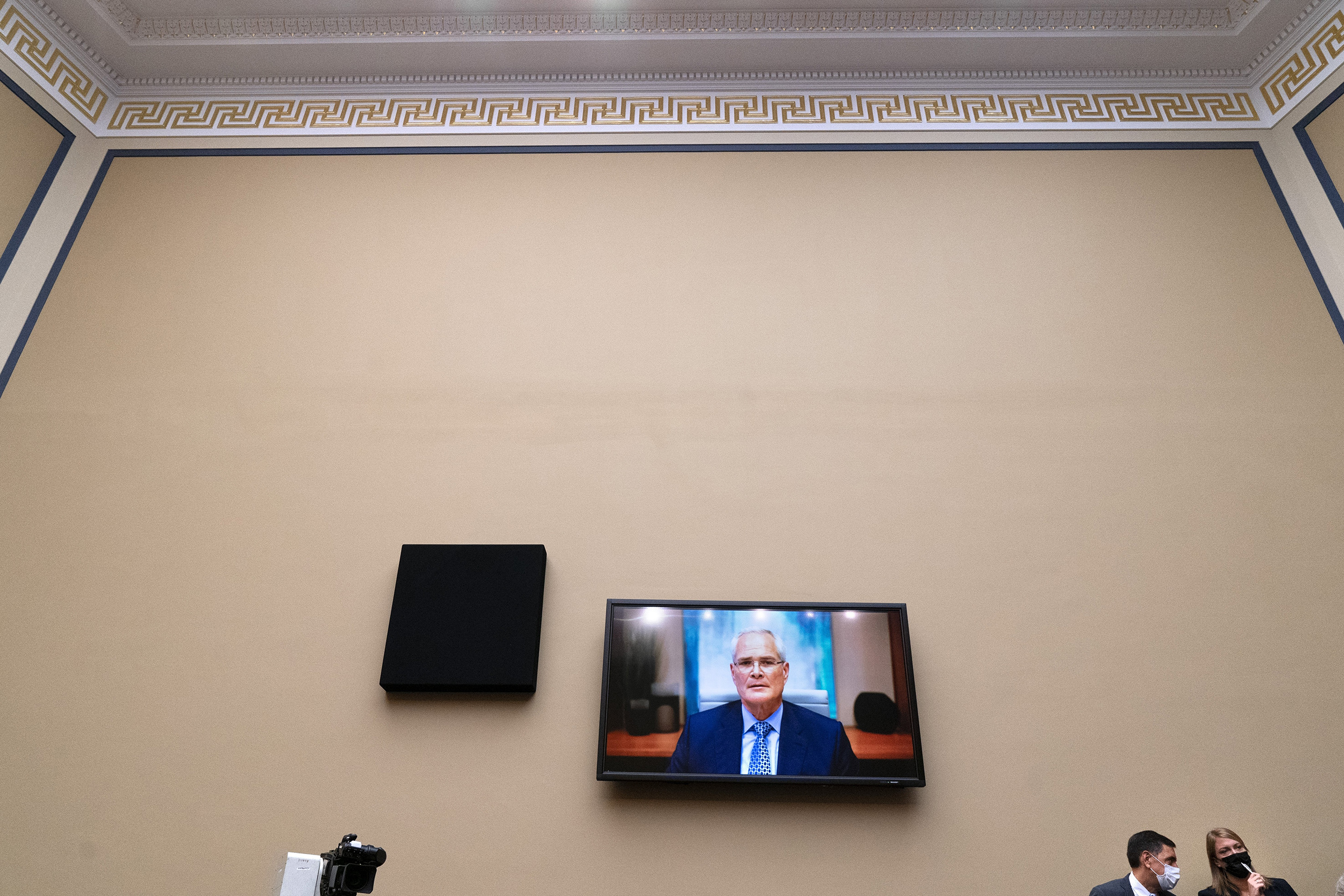 Under oath and facing harsh questioning, the heads of some of the world’s largest oil companies denied Thursday they knew their products were driving climate change and lied about it, saying they acted in good faith to cut emissions and were merely following the science at the time.

Comparing oil companies to Big Tobacco, House Democrats brought the CEOs of ExxonMobil, Chevron, Shell and BP America before cameras for what they described as a “historic hearing” on the companies’ role for decades in climate disinformation.

Rep. Ro Khanna, D-Calif., who helped to organize the hearing, said he hoped the energy giants wouldn’t “follow the same playbook” as cigarette companies, who he said concealed information about their products’ harmful effects.

“You are powerful leaders at the top of the corporate world at a turning point for our planet. Be better,” he said. “Spare us the spin today, really we have no interest in it.”

As the CEOs testified virtually, Democrats confronted them with internal documents showing Exxon scientists acknowledging that burning of fossil fuels would cause climate change, even as the company’s leader at the time was calling the link “inconclusive.”

Eager to portray themselves as dealing proactively with global warming, the CEOs emphasized the voluntary steps they’ve already taken. As public consensus about human-caused climate change has hardened in recent years, major energy companies have heavily publicized their limited investments in clean energy sources and embraced some government steps to curb emissions, such as putting a price on carbon and regulating methane.

Yet Democrats on the panel dismissed those efforts as “greenwashing”— a cynical attempt to portray their operations as far more environmentally friendly than they are.

In one of the hearing’s most dramatic moments, Rep. Katie Porter, D-Calif., testified virtually while holding up two jars of M&Ms — one nearly full, illustrating the nearly $17 billion she said Shell would be spending this year on oil, gas and chemicals, and another nearly empty, depicting the less than $3 billion the company will spend on renewable energy like wind and solar.

“Ms. Watkins, does this look like a huge undertaking to you?” Porter asked Shell President Gretchen Watkins. “To me, this does not look like an adequate response to one of the defining challenges of our time. This is greenwashing.”

The immediate trigger for Thursday’s hearing was a scandal in July over an undercover video of an Exxon lobbyist detailing the company’s lobbying efforts against action on climate change. But congressional Democrats have wanted to grill Big Oil executives on climate for some time. This was the first time the CEOs have been under oath for a hearing focused on climate disinformation.

House Oversight and Reform Committee Chairwoman Carolyn Maloney played part of the video showing the Exxon lobbyist saying that the company had cynically backed putting a price on carbon pollution as an “easy talking point” because it knew the policy in all likelihood would never actually happen.

“They are obviously lying like the tobacco executives were,” Maloney said.

In 2017, researchers at Harvard University who analyzed decades of internal and public documents from Exxon determined that roughly 80 percent of the energy giant’s internal documents had acknowledged the fossil fuel impact on the climate, while roughly the same percent of the company’s public-facing communications such as advertisements had expressed “doubt” their product contributed to global warming.

Republicans on the panel dismissed the hearing as a pointless attempt to embarrass oil companies that they said underpin U.S. economic security by providing reliable energy that the country needs. They also used the session as a chance to hammer President Joe Biden for actions they said had harmed U.S. energy independence and killed jobs, such as rejecting the Keystone XL pipeline.

“The purpose of this hearing is clear: to deliver partisan theater for prime-time news” Rep. James Comer, R-Ky., said.

Khanna, who oversees the committee’s subpanel on the environment, asked the CEOs to commit to reducing their production of fossil fuels, as called for by the Paris Agreement. The CEOs dodged, saying only they’d commit to reducing emissions from the energy they do extract.

Maloney pressed the executives, one by one, to pledge to stop spending money fighting public policies to reduce emissions. None offered the simple “yes” that she was seeking.