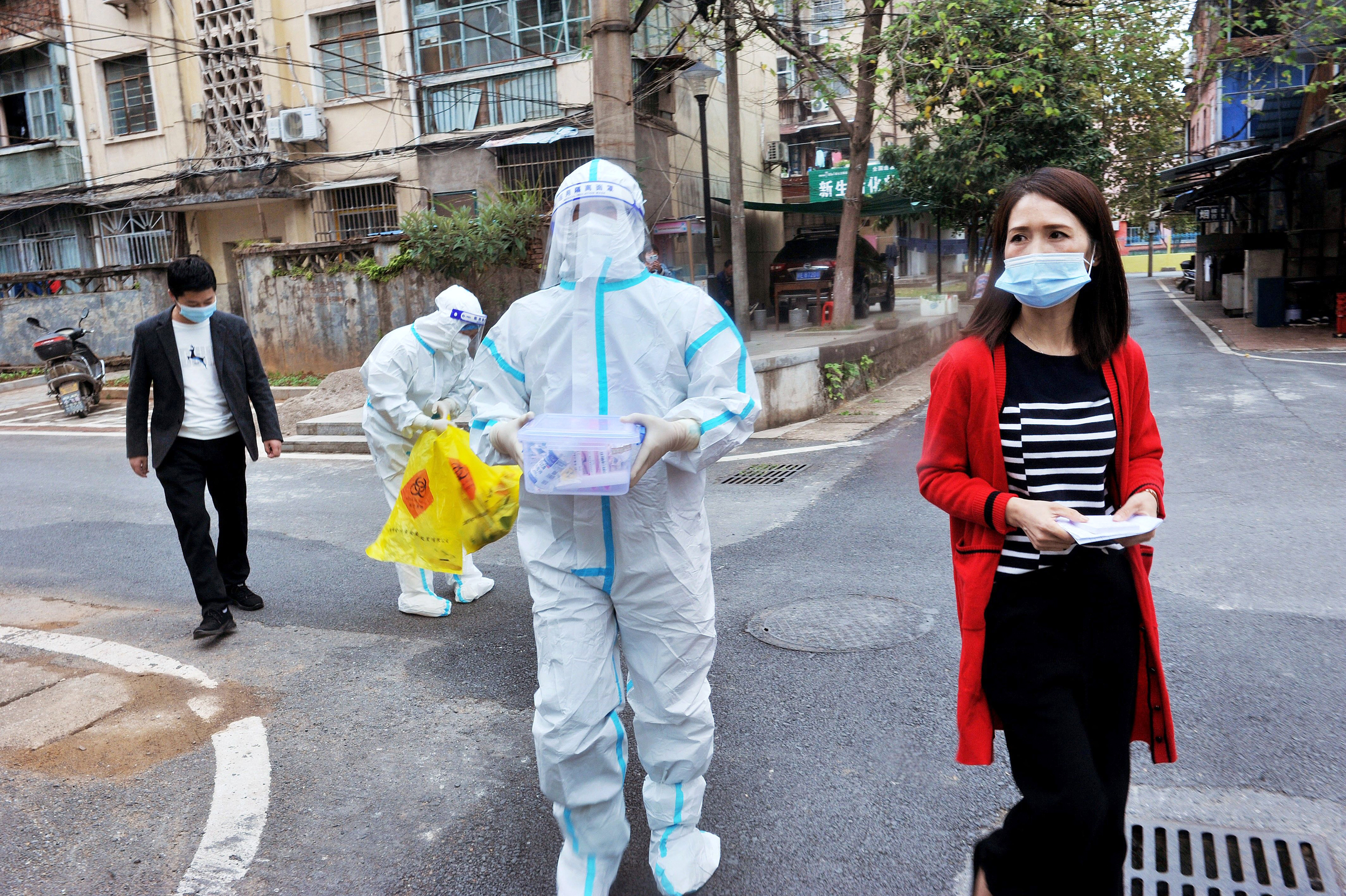 The apparent killing of a pet dog by Chinese pandemic prevention workers has sparked widespread outrage in China. The incident has also launched debate on the lengths Chinese authorities will go to contain Covid-19’s spread.

Video footage captured on a home security camera by someone who said they were the dog’s owner showed one of the two figures in hazmat suits hitting a corgi on the head with a rod. In the video posted on Weibo, the dog runs into another room, outside of the camera’s view. The workers later emerge from the room, one holding an object in a yellow plastic bag.

A hashtag responding to the video, “Don’t treat other people’s pets like animals,” has been viewed 230 million times and was included in posts on the platform 71,000 times by Tuesday.

NBC News tried to contact the dog’s owner via Weibo private messaging to verify that she had posted the video but she did not respond. She said in a subsequent post that she had received an anonymous threat to take down the original video.

According to Xizhou district officials, the duo had been sent to disinfect the residential building in the city of Shangrao in China’s southeastern Jiangxi province as part of the city’s anti-pandemic efforts amid a rise in delta variant infections across several provinces in recent weeks.

China has stringently implemented a zero-tolerance Covid-19 strategy to stamp out infections with city-wide lockdowns, mandatory quarantine, and contact-tracing. More than 30,000 people underwent testing at Shanghai’s Disneyland earlier this month after one visitor tested positive for the virus.

China’s approach has kept its official coronavirus death toll at 4,636, a fraction of those killed in the United States and Europe.

Addressing the outcry on Saturday, Xizhou district officials issued a statement on Weibo saying that the anti-epidemic measures were carried out “without adequate communication” with the owner, but that nevertheless the dog had been “disposed of harmlessly.” It added that the personnel responsible for the killing had been disciplined and made to apologize to the owner.

“The point is that the dog was not even confirmed with the coronavirus. They just directly beat it to death — how can they be this cruel?” one social media user wrote.

Others questioned whether citizens will continue to cooperate with the city’s anti-pandemic measures. “If the Jiangxi government’s actions are so perfunctory and covered-up, anyone who cares about their pets are in danger. Who would dare cooperate with the epidemic prevention measures?” another Weibo-user asked.

The local government’s statement did not placate the online anger. “This is the most ridiculous, most evasive, most callous response I have ever seen,” one Weibo user wrote.

Chinese media have also weighed in on the incident. “To some extent, the way a society treats animals reflects its degree of civilisation,” state media China Central Television wrote on Weibo on Monday.

“We cannot deny the overall hard work of the grassroots pandemic prevention workers because of a specific case. We must not forget the most basic fact is that China’s fight against the epidemic has saved countless lives. This is the most important fact that the majority of people care about,” editor-in-chief Hu Xijin wrote on Sunday.

The incident has also launched a debate on social media as to how China’s policy regarding pets during quarantine can be improved. In major cities like Beijing and Shanghai, some quarantine hotels allow owners to stay with their pets.

The corgi’s killing is not the first report of pets being euthanized as part of China’s anti-pandemic efforts. Reports of a pet cat being euthanized in Chengdu emerged in early November. There is no indication that any of the pets had been tested for the virus before they were killed.

There is no scientific evidence that domestic animals can infect people with Covid-19, according to the American Veterinary Medical Association. The risk of animals infecting people with the virus remains “very low,” according to Kimberly Dodd, an expert at Michigan State University.

As omicron surges, U.S., U.K. and others shatter Covid records

Outcry in Italy as mafia ‘People-Slayer’ who turned informant released from...