The steroid dexamethasone has been found to reduce the risk of death in seriously ill coronavirus patients by about a third, according to clinical trial results hailed on Tuesday as a “major breakthrough.” The drug did not appear to help less severely ill patients.

Researchers led by a team from the University of Oxford administered the inexpensive, widely available drug to more than 2,000 severely ill COVID-19 patients. Among those who could only breathe with the help of a ventilator, dexamethasone reduced deaths by 35%. It reduced deaths by about 20% among patients who were receiving oxygen only, according to preliminary results.

Dexamethasone is an anti-inflammatory drug normally used to treat a range of allergic reactions as well as rheumatoid arthritis and asthma.

Daily doses of the steroid could prevent one in eight ventilated patient deaths and save one out of every 25 patients requiring oxygen alone, the team said.

The trial included a control group of 4,000 patients who did not receive the treatment.

“Dexamethasone is the first drug to be shown to improve survival in COVID-19. This is an extremely welcome result,” said Peter Horby, professor of Emerging Infectious Diseases in the Nuffield Department of Medicine, University of Oxford. “Dexamethasone is inexpensive, on the shelf, and can be used immediately to save lives worldwide.”

Britain’s Health Secretary Matt Hancock said patients would start to receive the drug immediately. He said the U.K. government had started stockpiling dexamethasone back in March after preliminary trials showed “early signs” of the drug’s potential.

The trial results are particularly promising as around 40% of COVID-19 patients who require a ventilator end up dying, often because of the body’s uncontrolled inflammatory response to the virus.

“This is a major breakthrough: dexamethasone is the first and only drug that has made a significant difference to patient mortality for COVID-19,” said Nick Cammack, COVID-19 Therapeutics Accelerator Lead at the Wellcome Trust health charity.

“Potentially preventing one death in every eight ventilated patients would be remarkable.”

The trial showed dexamethasone to be ineffective in treating patients with milder forms of COVID-19, however. 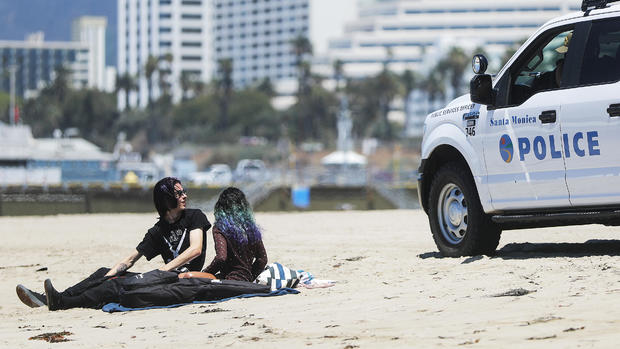 A number of existing drugs have been tested as potential treatments against the novel coronavirus, with mixed results.

Trials of the anti-malaria drug hydroxychloroquine were halted in several countries after a major study in The Lancet medical journal suggested it showed no benefit among COVID-19 patients and even increased the risk of death. That study has since been retracted, but other research has also found no benefit. The FDA terminated its emergency use authorization of the drug this week.

Remdesivir, an anti-viral that appears to reduce the length of treatment in some patients, is already being used in Britain, but one study in April showed it had “no clinical benefit.”

The fact that dexamethasone — an existing, cheap and largely side-effect free medication — has been shown to be effective in severe COVID-19 cases is “of tremendous importance,” according to Stephen Griffin, associate professor at the University of Leeds School of Medicine.

“There is (now) realistic scope for further improving the clinical management of this devastating disease,” said Griffin, who was not involved in the study.

More than 8 million people worldwide have tested positive for COVID-19 and over 437,000 people have died of coronavirus, including over 116,000 in the United States, according to data compiled by Johns Hopkins University. A model that has been cited by the White House now projects that more than 200,000 people in the U.S. could die from coronavirus by October.

COVID-19 news from across the United States

Elvis Presley’s wife Priscilla revealed he would dress her in ‘mature’...

Liverpool news: Carragher slams one player who is ‘too emotional’ and...

Dak Prescott revealed he suffered from depression. Then a sports commentator...

China to lower import tariffs on some products starting Jan. 1

Star Wars: Revenge of the Sith crossover moments in The Clone...

Inside the “Red Zone” of a New York hospital on the...

Andrew Cuomo and daughters talk about life during the pandemic