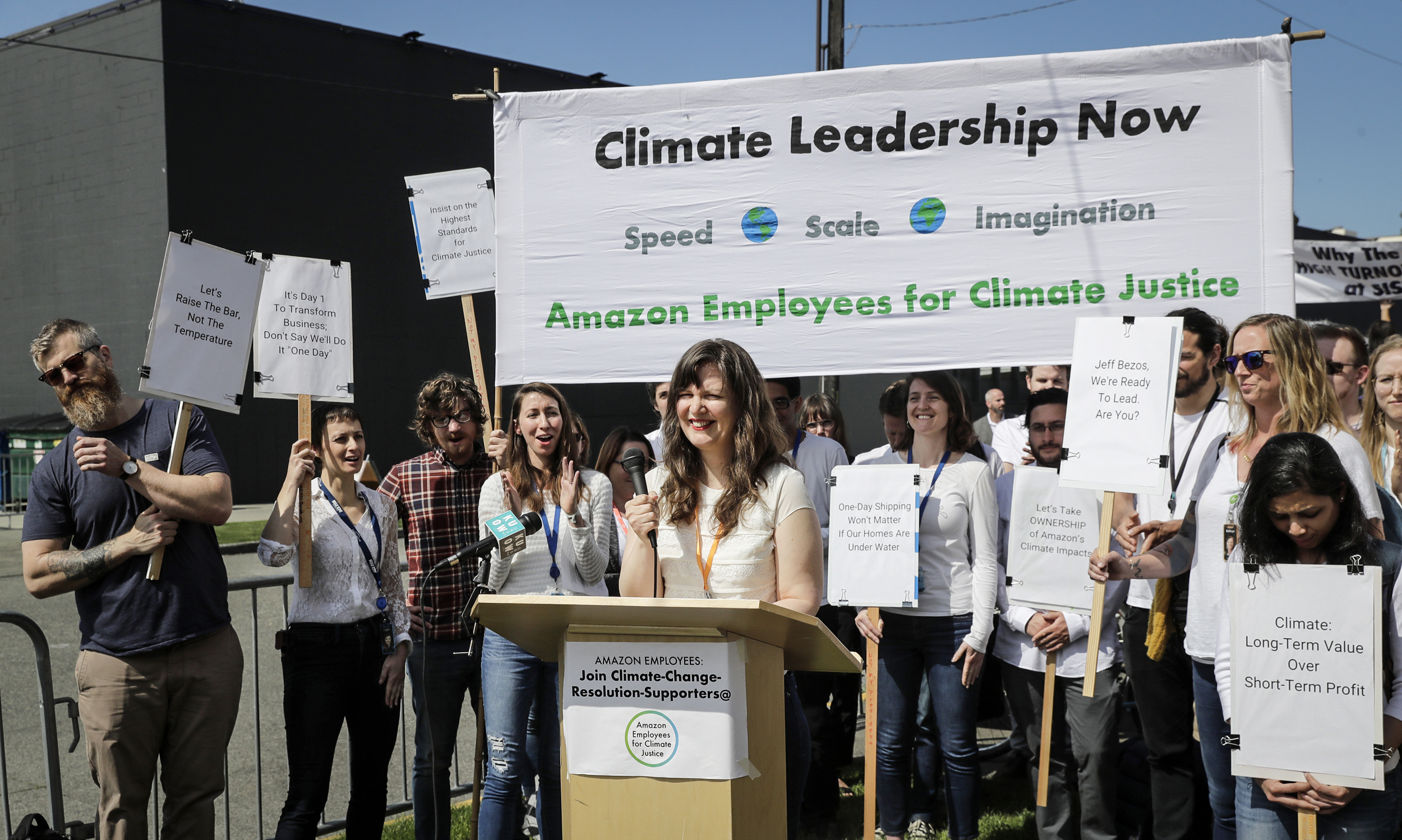 Amazon and two ex-employees reached a settlement in an illegal retaliation case, a National Labor Relations Board judge announced Wednesday.

The settlement in the case, which involved two women who said they were fired for speaking out against company policies, staves off what could have been a substantive series of hearings for the retail giant.

The amount Amazon will pay the women has not been announced.

The case involved Emily Cunningham and Maren Costa, who were fired from their jobs in Seattle as user experience designers in April 2020 after they spoke out against the company’s climate and labor practices.

Their dismissals drew the attention of senators, including Elizabeth Warren, D-Mass., and Bernie Sanders, I-Vt.

Six months later, Cunningham and Costa filed a formal complaint with the National Labor Relations Board, or NLRB, which ruled in their favor.

On Wednesday, after several delays in what was supposed to have been a hearing on Zoom to review the decision, NLRB Administrative Law Judge John Giannopoulos instead briefly announced that the parties had reached an agreement.

Amazon spokesperson Jose Negrete wrote in an emailed statement, “We have reached a mutual agreement that resolves the legal issues in this case and welcome the resolution of this matter.”

Cunningham and Costa released a joint statement saying they were “thrilled.”

“This is a win for protecting workers rights, and shows that we were right to stand up for each other, for justice, and for our world,” the statement said. “Amazon will be required to pay us our lost wages and post a notice to all of its tech and warehouse workers nationwide that Amazon can’t fire workers for organizing and exercising their rights.

“It’s also not lost on us that we are two women who were targeted for firing,” they said. “Inequality, racism, and sexism are at the heart of both the climate crisis and the pandemic.”

The United Food and Commercial Workers Union, which brought the case on the women’s behalf, encouraged other workers — unionized or not — to make their voices heard.

“Being able to assist not-yet-unionized workers who were acting in accordance with the law and who were fired has been an honor and responsibility we took very seriously … and we want to encourage all workers to speak out in a collective and constructive way to improve their workplaces if they so choose,” Faye Guenther, president of UFCW 21, said in a statement.

Cunningham and Costa helped found Amazon Employees for Climate Justice, an employee advocacy group that protested and advocated for major changes in how Amazon is responding to climate change.

In recent years, Amazon has faced increased scrutiny from labor activists, and it has been found to have violated labor law in some instances, according to previous NLRB rulings.

Last month, a NLRB hearing officer found that Amazon acted improperly during a union vote at a warehouse in Alabama. A ruling from the NLRB regional director in Atlanta is pending.

Cyrus Farivar is a reporter on the tech investigations unit of NBC News in San Francisco.

Black Friday and Cyber Monday travel deals are back with a...